In some events, doubles teams switch around so that players have more than one partner. The easiest and most flexible way to manage these scenarios is to create a separate draw where doubles teams are created and "stored." Once a team is in this "storage" draw, it will be available in your active draws under the "Teams Not In Draw" section, even if the same players are already paired up in your active draws with other partners. We'll go through an example to illustrate.

For this example, let's say Ron Weasley and Rolanda Hooch are already on a team in an event: 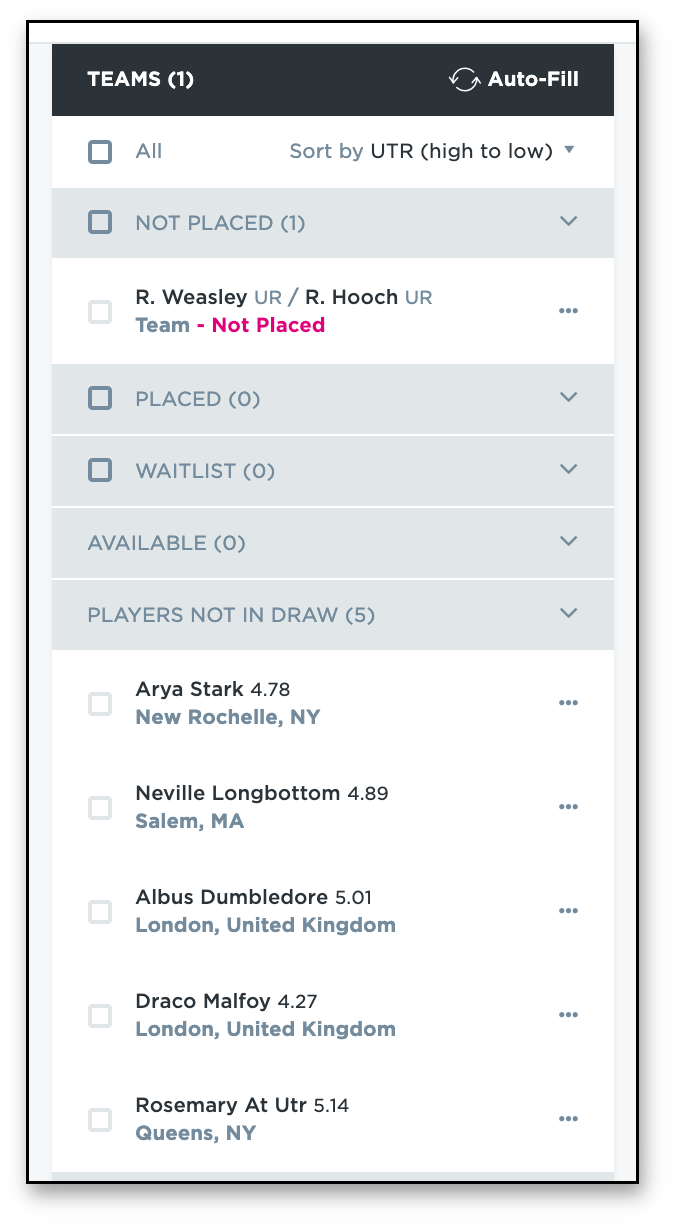 We'd like to keep that team, but we'd also like to create two new teams -- one where Rolanda is paired with Arya and another where she's paired with Albus.

First, we'll create a new doubles draw called "Doubles Teams" (you can choose any name, but that one makes sense to us!). The Draw Type and Draw Size aren't important here, but for our example, we chose Match Play and 2 teams/1 matches: 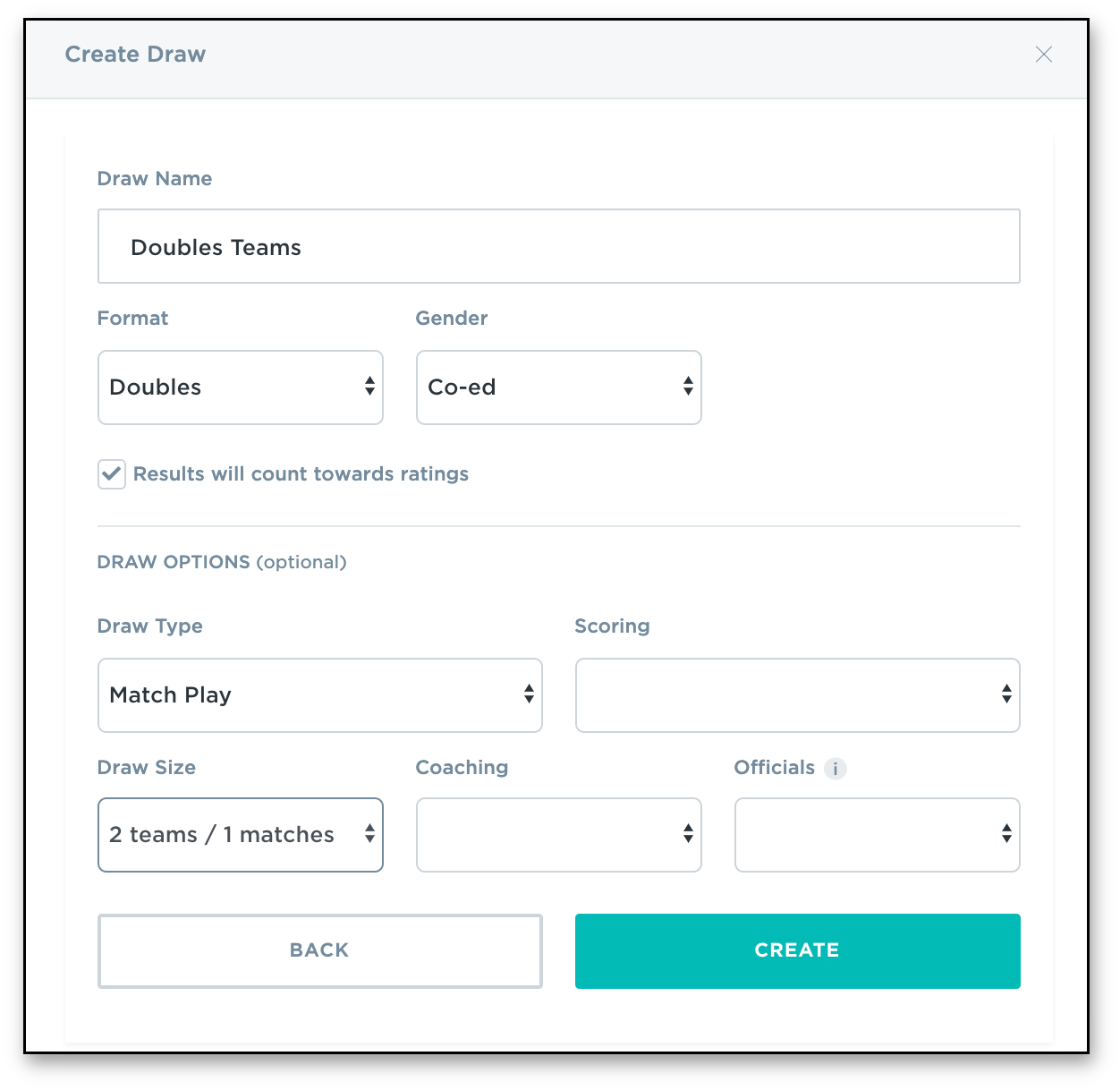 Next, we'll go to our new "Doubles Teams" draw and add our first team members -- Rolanda and Arya -- from "Players Not In Draw":

Then, we'll create a team with them:

We'll then remove the team from the draw without splitting it:

Then, we'll create our second team with Rolanda and Albus. First we'll add them to the draw:

Then we'll pair them up by following the same steps we used earlier with Rolanda and Arya.

Once the Rolanda/Albus team has been created and is in this draw, we'll go down to the "Teams Not In Draw" section and add the first team we created (Rolanda/Arya) along with the original team we already had in our event (Rolanda/Ron):

Now that we have all three of our teams in our draw under the "Not Placed" section, we'll hit Save:

** Hitting Save is a critical step! ** If you don't hit save before navigating away from this draw, you'll lose the teams you just created. Any teams in the "Not Placed" section of the draw when you hit Save will be available in the other doubles draws in your event. If you need to create more teams at any point, you can return to your Doubles Teams draw and follow these steps again. You can think of this draw as a storage space for your doubles teams -- all teams saved here will be available for you to place throughout the rest of your event!

Pro Tip: Currently, Matchplay is the only Draw Type that allows you to have players compete in more than one Doubles team.

Check out some more tips on managing a Doubles draw here.