To better help players understand their level of play over time and how they compete against higher and lower-rated players, Universal Tennis introduces advanced player metrics! These metrics allow the user to see a player’s historical rating fluctuations and analyze wins/losses at the individual match level.

Let’s take a look at this new feature, which can be found in the “Stats” tab on the player profile. We can look at Serena Williams' profile as an example. 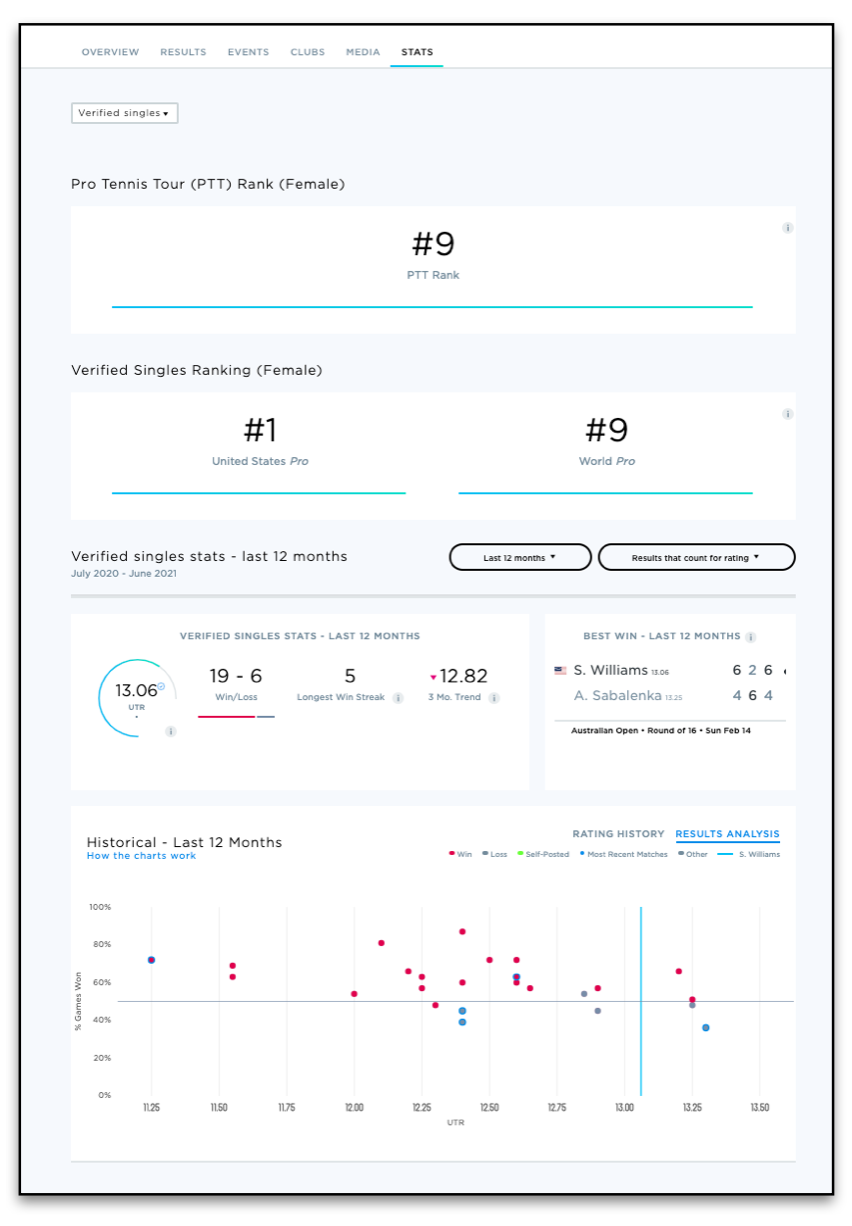 3. This section shows the highest-rated opponent this player has defeated.

Analysis: Serena Williams' rating history chart gives us several insights into her current and historical UTR Rating. We see that in July 2019, Williams had great results against high-level competition. She had six wins over players with a UTR Rating of 12.25 or higher during Wimbledon. The teal rating history line shows that as a result of these wins, her rating went up. 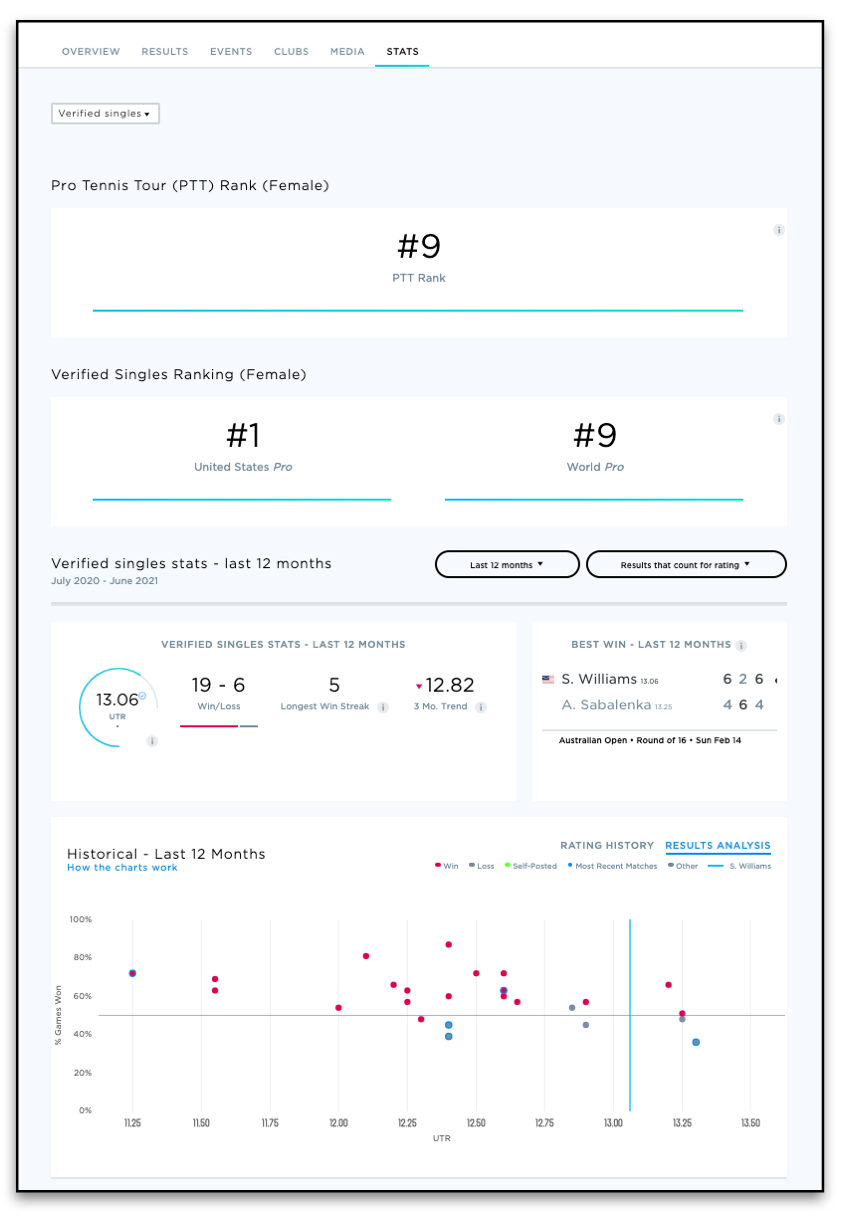 Learn all about the Algorithm here.