What are the new rankings on the player profile?

The new rankings on the player profile stats tab show where a player stands relative to their peers in verified singles play. All rankings are gender-specific. A player can have a maximum of four rankings:

Let’s take a look at an example: 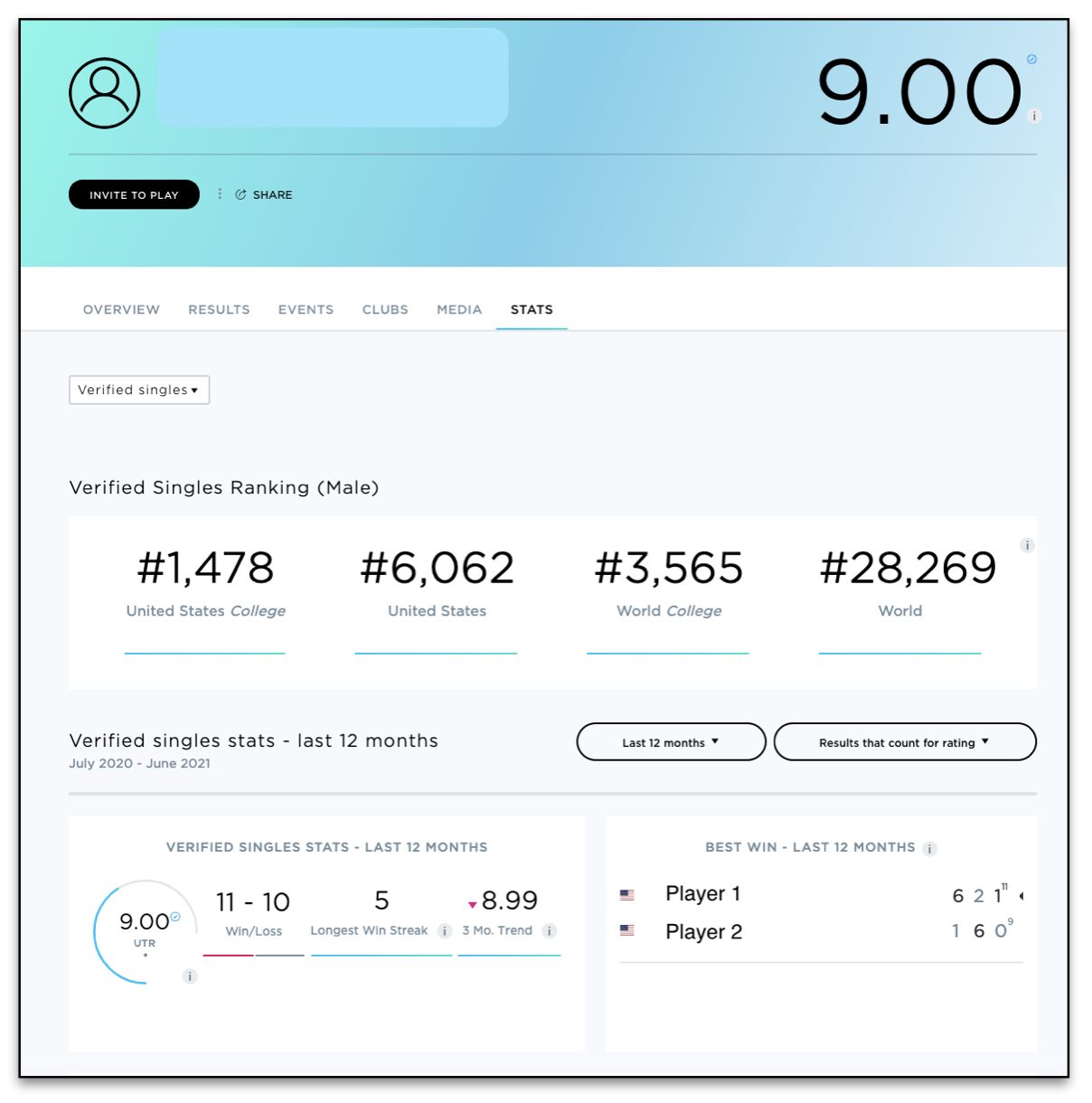 What is an Age Category?

The age category tells which peer group the player is associated with. There are four possible age categories:

Note: If a player’s age category is unknown, the default setting is adult.

Why does a profile not display any rankings?

If a profile does not display any rankings, that means the player has no verified singles matches in the last 12 months or the player is under age 14.

If a player’s country is unknown or doesn’t belong to the list of pilot countries, only two of the four rankings will appear. The pilot countries are the United States, Australia, France, and United Kingdom.

Note: More countries will be added on a rolling basis. Contact your national federation and recommend a Universal Tennis partnership!

How often do the rankings update?

The rankings update once per day, in the early morning Eastern time (GMT-5).

Are the rankings a free feature?

Yes, all users are able to see the player rankings.

Where can I see the full list of players that make up a ranking?

The full list of players for a given ranking is not yet available. However, top player lists for major age categories (U14, U16, U18, High School, College, Pro) can be found on the universaltennis.com Player Spotlight (https://www.universaltennis.com/top-players).

Need to make a change to your profile? Check out this article: How to Edit Your Profile