To better help players understand their level of play over time and how they compete against higher and lower-rated players, Universal Tennis introduces advanced player metrics! These metrics allow the user to see a player’s historical rating fluctuations and analyze wins/losses at the individual match level.

Let’s take a look at this new feature, which can be found in the “Stats” tab on the player profile. 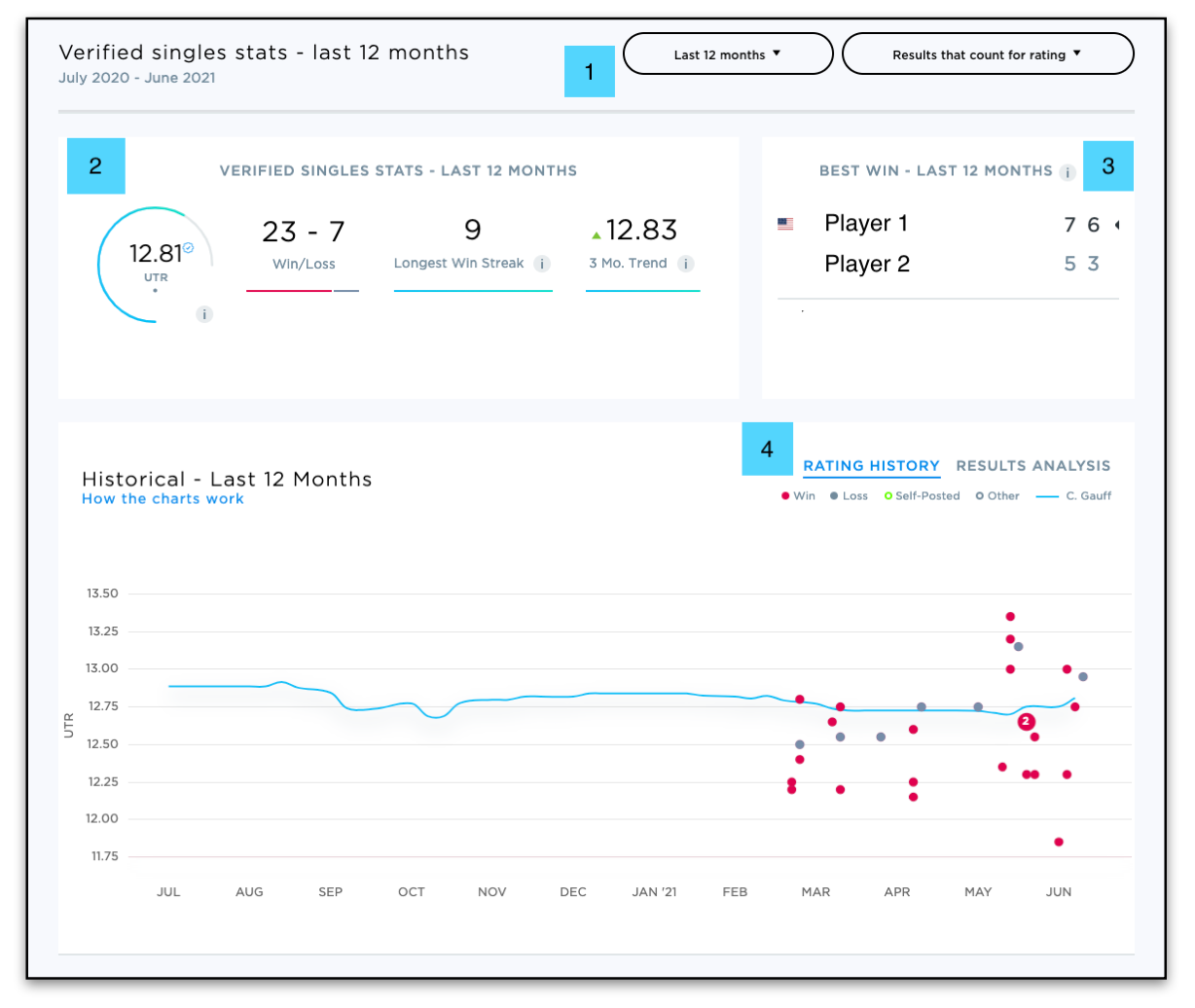 Note: Other than the current UTR Rating circle and the rating history line, all other metrics update according to these filters.

3. This section shows the highest-rated opponent this player has defeated.

4. Singles - Rating History: The default chart has a line for the player’s rating history. This line can help the user identify whether the player’s rating is trending or has been stable over time. The rating history chart also has colored dots. These dots show wins (in pink) and losses (in gray) by result date and opponent’s UTR Rating. Hover over any dot to see the result date, opponent, opponent’s UTR Rating, and score of the match.

Doubles - Performance: This chart shows the player’s performance over the selected period of time. The horizontal line represents the player’s current doubles rating and the colored dots represent their matches. These dots show wins (in pink) and losses (in gray) by result date and the opponent team's UTR. Hovering over any dot shows the result date, opponents, opponent's UTR, and score of the match. The dots are plotted based on the following formula: Opponent 1 + Opponent 2 - Partner. So for example: If the ratings of the two opponents were 7.0 and 9.0 respectively and the partner’s rating was 8.0 then the dot will be plotted at (7.0 + 9.0) - 8.0 = 8.0 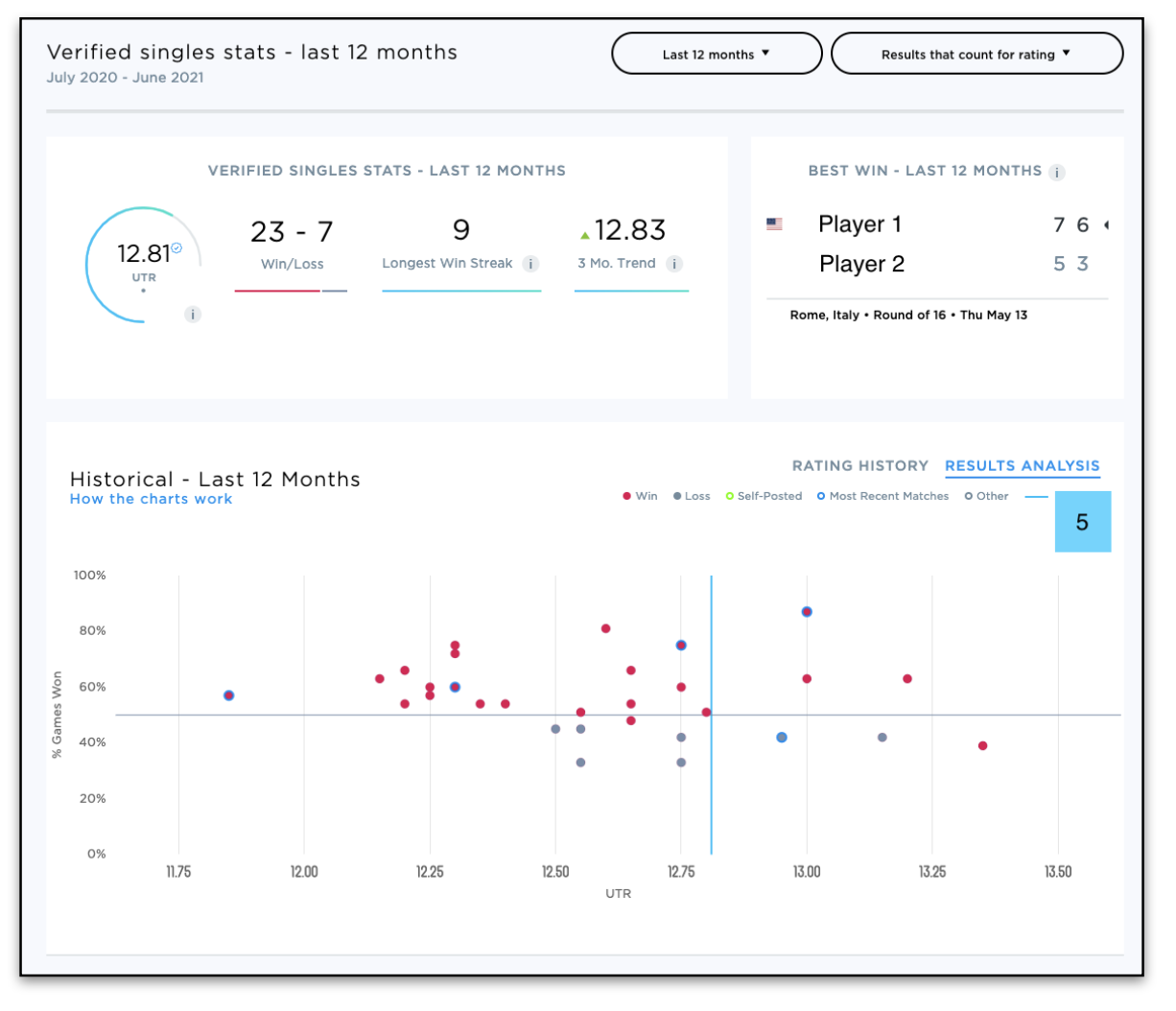